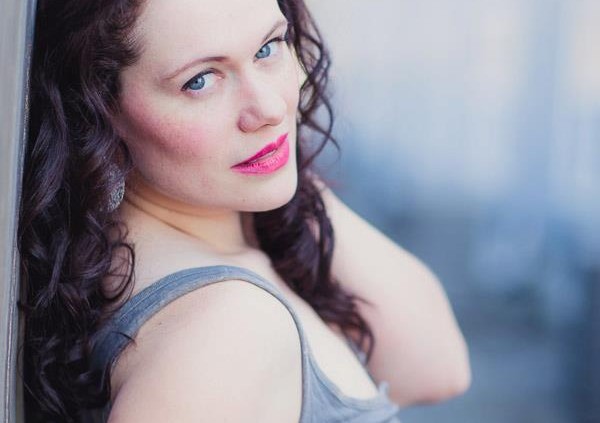 Wanda inspired me to share my boudoir journey with you. I was a tomboy growing up… proud of being a girl and showing that I could do anything a boy could. There’s even a newspaper article from when I was five stating that I wanted to be a “craft girl” instead of a craftsman. I’m the shortie in the front with the huge cheesey grin. I wanted to be so many different things growing up– from being a flower picker to the first woman president. Vote for Mell Bell 2016!  I loved playing dress up, pretending, acting, and making people laugh. I would make faces, dance, and have imaginary conversations with myself in the mirror. Growing up, I struggled for years under verbal abuse in my home. Nothing was good enough.  I never really thought of myself as pretty or beautiful. I thought of myself as goofy, quirky, different, and at times, worthless.

In high school, I choose to go against the grain.  I chose to fight gender inequality at my small private school by gathering a group of girls to play in the male dominated chess tournament. I pleaded with the principal to upgrade the girls’ sports uniform from old faded t-shirts (the same for every sport) to jerseys like the boys that varied according to the sport. I bugged the principal to allow the girls to play one sport against another school at least once a year. The boys got to do this twice a year all ready. I was the only female in the computer programming class despite my male teacher trying to talk me out of it simply because I was a girl and that it was going to be difficult. Let the record show that the only girl in that “difficult” computer class got a high B for her grade.

For college, I started off at a local technical college and joined the co-ed soccer team. We didn’t have enough females, so we ended up playing in the men’s league. I was the only girl at most games. I then transferred to USC… Go Gamecocks! I became a Resident Advisor (RA) and worked with Freshman girls to help them with their first year of college. I met my husband, Nathan, at USC (and that’s a whole other story).

In my college years and soon after,  my jobs consisted of assisting young adult women struggling with weight, anorexia, abusive boyfriends, drugs, jealousy, depression, school, cleanliness,  etc. It’s hard being a girl, and so many people and things tell us we aren’t enough.

Fast forward to a few years later… I feel fat, tired, anxious, nervous, and not pretty at all. I get my hair and makeup done, and I start to relax. I change into some lingerie, and for the first time, Wanda photographs boudoir photos of me. I felt safe. I felt like I finally found something that was missing for a long time. I felt feminine, lovely, and beautiful. I was doing something special for my husband, BUT I was also doing something for myself. Now at least once or more every 2 years, I schedule another boudoir session to remind myself that there is true beauty at every age and every stage of life. If this girl can do it, any woman can.

Come check out our studio, our photographers, our products, and……

enter for a chance to win a FREE mellBella Boudoir or PinUp Session!!!

Come see why Mell Bell and Wanda, the Guardians of the Sexy, are taking Boudoir Photography in Charleston to the next level. Check out our PinUp and Feminine sides too. You won’t be disappointed. Hello Everyone,
I just wanted to get personal with this post and really share more about me.
We all have our own stories and journeys. And it really seems like your journey that leads you to doing a boudoir shoot is shaped very much by your past, as much as it is about your present life. Okay, so here goes.
My self esteem, for most of my life, was low, really low. I was molested at a young age, which caused me to have feelings of shame and guilt about my own body. As a child, I grew up in a very poor, verbally abusive home. I got picked on school for not having nice clothes and since we moved A LOT, I was always the new kid. As a teenager, I was thin and besides a major overbite (which I was always self conscious about), I got lots of attention for boys. My home life hadn’t improved, so I got into lots of bad things and made many, many bad choices. I did, however, choose a good boyfriend, Roy. My life changed forever when I got pregnant during my Junior year of high school. I gained 50 lbs, got stretch marks and all the other issues that comes with pregnancy. Roy and I got married at 17 years old.
My daughter was born four months before I turned 18. I have never regretted having my daughter, however, I have always felt like I missed out on growing into my adult body. I never got to be the “perfect” bodied 20 something year old that I could have been, had I not gone through pregnancy so young. Having stretch marks and a little poochy tummy at 18 didn’t help me feel any better about my body image.
Every four years for 12 years, I had a baby. Yes, at one point, I had a 12 year old, 8 year old, 4 year old and a newborn… all girls. After all of that, I  had my first shoot. Mell Bell photographed me. And I photographed her (she was 4 months pregnant with her daughter). And… I loved it! I loved the photos of me. I loved the feeling of being photographed for my husband. Doing a shoot for my husband was like giving him another piece of me, a special piece that was just for him. It was something I chose and I could make it whatever I wanted it to be. I fell in love with boudoir photography. (Now I am gonna cry!) I fell in love for what it did for me and for what it does for the women we photograph. That’s why I am passionate about boudoir photography.
You got this!

Our first boudoir marathon event of 2015 was fabulous! The ladies, the music, the food, the mimosas, the photography, and the conversations that filled our Charleston studio were unforgettable. Here’s just a few of the quotes from the boudoir adventures in January….

My husband will be “happy” for a year!

We would hug you,  but you’re naked… and that’s awkward.

and that surprised me.

I was afraid that I wasn’t going to be able to look at the photos,

but I LOVE them!

Thank goodness for the mimosa.

This could definitely be addicting!

No regrets! Lots of laughter. I’m so glad I did this.

Thank you Bella Beauties for your trust in us. YOU are beautiful at every age

and every stage of life. Let our expert Boudoir photographers Mell Bell and Wanda help you create a gift that only you can give your fiance/husband for your spring wedding, to celebrate reaching your goals or birthday, or just because you NEED to feel beautiful.

– An hour pampering by our expert hair and makeup artist from PaperDolls
– An hour Private photoshoot in the mellBella Studio
– Private consultation & viewing session
– Champagne, little bites and sweet treats

Contact us at info@mellbella.com for more info and to reserve your session.